Taryn Quinterri, CEO of Cosmetic Aesthetics, was born in Tucson, Arizona and raised in Phoenix. She spent her childhood and young adult life as a dancer, which introduced her to the world of beauty at a young age, but was still indecisive on what career path she wanted to take. Taryn studied architecture at Arizona State University and eventually switched majors to general Mathematics. It wasn’t until she was introduced to the aesthetic industry through tattoo removal that she found her true passion.

At the age of 18, Taryn got a tattoo that she soon regretted and desperately wanted removed. She sought out the removal process and was amazed at how well it worked, which peaked her interest to become part of the cosmetic industry. Being the driven individual that she is, she relocated to south Florida and enrolled herself in aesthetic school to further her education for Electrolysis, which is where cosmetic/paramedical tattooing was brought to her attention and ignited a strong passion inside of her to make a career for herself. Immediately after graduation, Taryn began sourcing the best artists and trainers in the world in their respective specialties to learn everything she could from these mentors or icons.

This motivated Taryn to take her career to the next level, and in 2013 she launched her own business, which is how Cosmetic Aesthetics came to be. She quickly became globally recognized for her work and specializes in Scalp Micropigmentation and/or Tricopigmentation, scar revision/camouflage and hyper realistic eyebrow tattooing. She is also a highly respected trainer, having classes in Scalp color theory, machine and manual eyebrows and SMP/Tricopigmentation.

Taryn hosted the first ever SMP class in the United States and now travels the world to teach SMP and share her wealth of knowledge with her students. Taryn was recognized at the Scalp Guru Meeting of the Minds with an award for Outstanding Contribution to the SMP Industry as well as giving an expert presentation to industry colleagues on Color Theory and the difference between organic and inorganic pigments/inks. She is an active member of the Society of Permanent Cosmetic Professionals and the American Academy of Micropigmentation.

Cosmetic Aesthetics is now located in Taryn’s hometown, Phoenix, Arizona, where her business will continue to grow, as well as her passion for aesthetics. She continues to take numerous education courses and attends several conventions throughout the year in order to stay in tune with the ever changing world of aesthetics. Taryn takes great pride in her work, her teaching, and her students, and because of that she will continue to be one of the most knowledgeable and well respected professionals in this growing business. 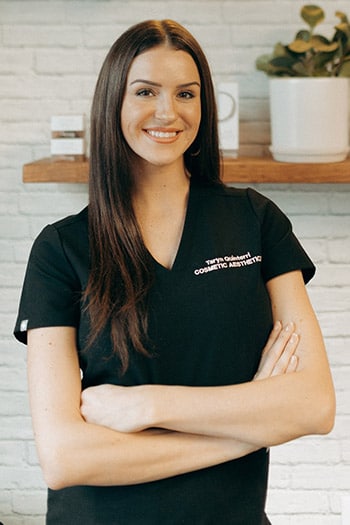 Jaye for short, was born in Long Beach, California. She developed a passion for nail art at a young age, and turned that passion into a part time job while getting her degree in Health Administration at Adams State University in Colorado. She also attended Palace Beauty College to further her education with nail artistry.

After College, Jaye continued to work part time as a nail technician as well as working in a hospital setting. Because of working in healthcare, Jaye has extensive knowledge about the safety concerns and proper sanitizing techniques and she takes great pride in having the safest practice for herself and her clients.

Her client base grew quickly, and she ultimately made the decision to work as a nail tech full time. With six years of experience in the nail industry under her belt, she opened up her own business in Phoenix, AZ, “Nails By J”. She’s worked with public figures such as Black Chyna, Draya Michelle, Heather Sanders, Sabrina and Isan Elba, Keisha Banks, La’miya Good and more. She is meticulous when it comes to nail shaping and insanely creative with her designs. Cosmetic Aesthetics is honored to have Jonika with us! 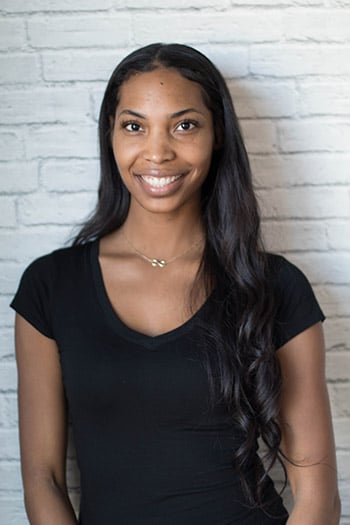 Paisley is an Arizona native that has been in the permanent cosmetic and body tattoo industry since 2016.  Her specialty is intricate fine line work. She prides herself in using small needles and depths and layering the work in so that the tattoo ages well long term. She would rather do touchups on her work than see her work ten years from now migrated like you often see with body art. Besides her love for tattooing, she is an incredible hennah artist (plant based temporary tattoos for any age), and also performs teeth whitening and microchanneling.  Check out her work on  instagram @inkedbypaisley
“Working alongside Taryn Quinterri at Cosmetic Aesthetics is like a dream come true” – Paisley Martinez 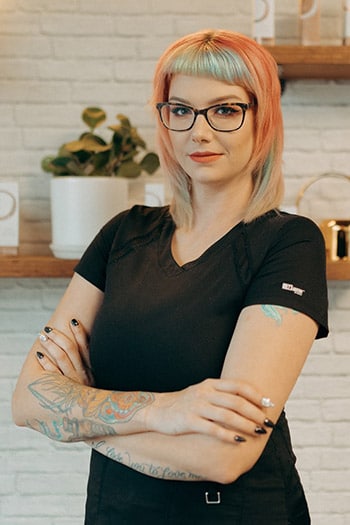